Hi Gamers, Today, We’ll talk about the latest news which has just come out that a new star Wars game is in development.

The Developer of Detroit: Become Human, Quantic Dream could be working on a new narrative-focused Star Wars game, according to a new rumor.

This comes from a well-known and reputable insider, Tom Henderson, who has tweeted a really interesting image featuring a Detriot: Become Human character with two Lightsabers from Star Wars. Henderson has also liked replies under this tweet saying a possible Star Wars game in development by Quantic Dream.

We looked into the company’s recent job listings and found that they actively hiring for its next-gen ambitious action/adventure AAA game project. There are several job positions currently live on Quantic Dream’s website for a future AAA project.

Destiny 2: Trials Of Osiris Will Get Timeout Suspension For Early Quitters

Some of these positions are for, Producer, Lead Game Designer, Senior Game Designer, Artistic Director, Senior Writer, and Lead Lighting. All of these roles are for Quantic Dream’s next AAA project.

“As a Lead Game Designer, you’ll collaborate in the creation of the basic concepts of the game, and will be responsible for the design and fine-tuning of playability. you will be working on an ambitious and innovative project based on interactive narration on a next-generation console.”

Furthermore, there’s also a position for Senior Game Designer in the competitive landscape. “You have solid experience as a Game Designer on a competitive or strategy game where you were in charge of balancing the game,” it says under the “Required Skills” section.

The company is also hiring a Quality Assurance Tester to “ensure the tests of our next games on different platforms like PS4, Switch, mobile, Next Gen consoles and PC.”

That’s it hope this article really helped you and if you have any doubt kindly comment down. I really love to answers your all questions.

Don’t Miss: God Of War Ragnarok Will Be The Last God Of War In The Norse Mythology !! 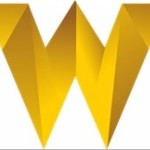